The Deer clan among other clans is at an average level and is considered a standard clan. With the average in resource consumption. Priority bias is placed on the production of “gold” and “food”, and the army can receive bonuses to damage.

Clan members love nature and take pride in their heritage. They value the “Glory” that can be produced in the building where the “Happiness” rises. And they begin the mission with the already increased reserves of resources. 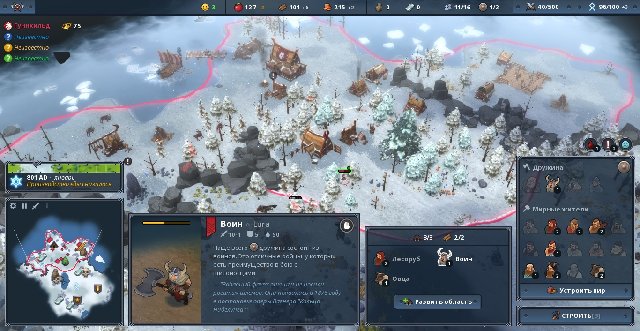 When choosing “Career” it is better to stop at the “Guardian”, as it requires strength and population protection.

About bonuses at the beginning of the game and bonuses “Glory”.

The bonuses at the beginning of the game include “Food” + 75 units, “Tree” + 75 units, “Gold” + 75 units and “Giving” + 40 units. Thanks to such reserves, it is easy to start development. Rapid colonization of nearby territories and the construction of the necessary buildings, including the “Military Camp”.

The building producing “Happiness” is the Skald building, being built for the place of the Brewery. Can produce Glory and Gold. But in order to start producing “Gold”, first, it will be necessary to improve in “Giving” the “Value of great deeds.”

Upon reaching the “Glory” “Deer Clan” receives resources. Well replenishes the reserves of “Tree”, “Food” and “Gold” by + 150 units. And units for improvements are Giving + 75 units and Stone + 10 units.

About the clan relic.

The clan relic of the “Deer Clan” is called “Khlidskjalv”. after improving the “Forge” and construction, gives the hero priority in decolonizing the territory, which can be colonized for free and immediately.

This relic at first glance does not seem very attractive, since colonization can be made for the available Food resources. But after the colonization of the middle territory, when its cost reaches 1000 “Food”, this relic comes in handy.

You can conquer territories in a row and save the “Food” resource. Thanks to this, it’s easy to maintain a large army. And to reduce the risks of lack of resources of “Food” in the winter, when production drops. In addition, it saves time and does not need to wait and save the right amount of “Food” for colonization.

And pushing your territory towards the enemy clan base, you can get priority if you build a “Defense Tower” at the border of the enemy. Thus, the army will be able to quickly heal in a safe territory for further raid. And in the event of a counter attack, if the forces are not equal, you can retreat to the previous territory and gain time.

As a result, the clan relic of the “Deer Clan” allows you to explore large areas with minimal cost. And make the population “Happy”, as the territory increases the indicators of “Happiness”. Depending on the territory of which enemy clans are available, you can get by with just one Skald building and have a population of 40 people. But on average, this clan needs 2-3 Skald buildings, since it requires a level of Happiness and an additional Gold. 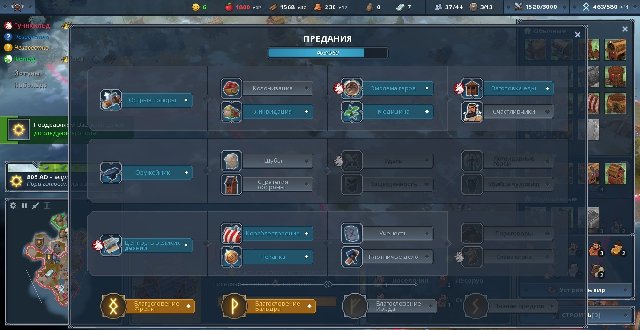 – “The value of great things.”

“Skalds” begin to bring “Gold” +1 unit, and if the building is improved then the income of gold increases by + 1.5 unit. It also gives an improvement in the Forge for Skald tools, tools for them are produced for free and faster.

Gives bonuses to troops. If pumped, then the army gains + 3% attack power for each positive unit of Happiness. You can increase the attack up to 25%.

A good improvement that will give priority to the attack of enemy clans.

This improvement is for the “Altar of the kong.” When upgrading it, building requires less Stone resources and gives a bonus to Happiness + 2 units and a bonus to Glory.

Not a very useful improvement, since the bonuses are not significant and reduces the resources for building only the “Stone”.

A very valuable improvement that will increase the stability of the development of the clan. As in the production of “Food.” so in Happiness. As a result, the construction of the Skald’s Hall is required less, and if additional buildings need to be built, it is only for reasons of mining the Gold. And in some cases, when the territory was not developed to the desired level.

After improvement, the production of Glory increases by + 20%. And it increases profits by + 20% from the “Trade Ways” and “Great Ways”.

The protagonist of the clan. 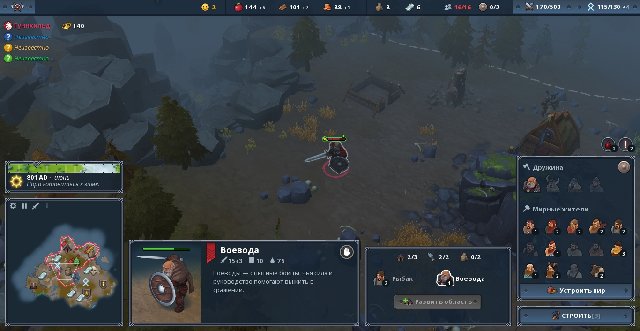 The main character is considered the “Governor”, which can be hired in the “Training Camp”.

After the colonization of the first two territories, if they are free and there is fertile land with “Food”. It is better to start the “Military Camp” from the third colonized territory and after the building of the “Healer’s Hut” is built. By hiring one war, you can easily clear several more territories of enemies. But to continue colonization in the priority of fertile lands with “Food”. 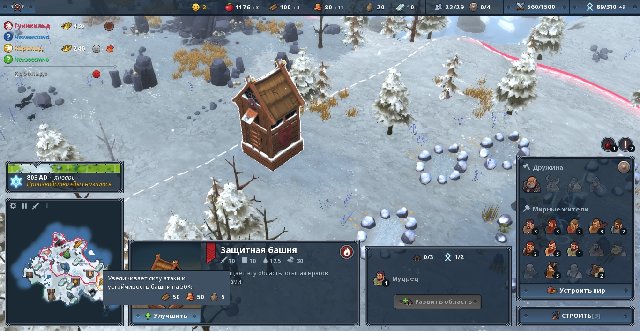 For the production of gold “Gold” it is better to build a “Marina” near the “Main Building” and send one “Sailor”. So you can set up the production of “Gold” and “Giving”. In the future, build up buildings producing “Gold” in the same territory. And the constructed buildings at the beginning, need to be moved to another place. Thus, it is possible to improve the growth of “Gold”. The Skald building should also be tried to be built on the same territory, near the Main Building. In the future, you can limit yourself to only this number of buildings for the extraction of “Gold”, but at your request they can be increased.

But what is the first to get from the extraction of “Ore” or “Stone” to decide the player. If you start to mine “Ore” then you can quickly build a “Governor”, which is easier to attack more powerful enemies in the territories. And if the “Stone”, then it is faster to establish the production of resources. 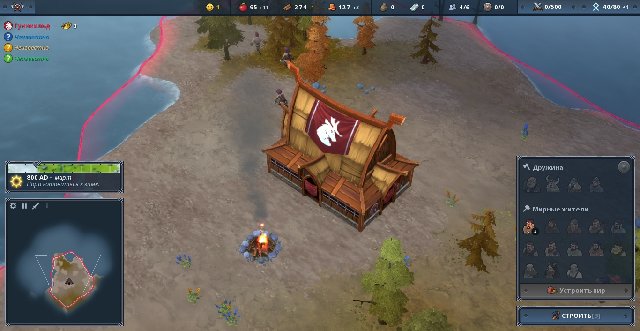 About the tips for improving the Giving.

The first improvements to Giving are best to start with Sharp Axes and Gunsmith. But if they managed to build warehouses, then it’s better to pump “Liquidation”, there will be no superfluous. And then “The Armsman”, as it is necessary to clear new territories from enemies.

You need to pump the “Value of great things” when the first “Skald Building” is built. Thus, it will be possible to increase the production of “Gold”.

If you need to increase the strength of the army, then you need to pump “Udal” and build several “Skald Buildings”. Thus, the attack will increase, with the increase of “Happiness”.