Sea of ​​Thieves is a game about pirate treasure hunters and brave warriors who defy sea adventures and dangers. To become the best, you need to know very important points that help pass the tasks before the pirates. This article describes what beginners and experienced pirates should know.

Going out to sea, you need to supply your ship with everything you need to get to the task and come back. And along the way, big problems can be cut. To reduce the risks and stay afloat, you need to gain supplies of basic necessities.

About supplies and necessary things.

But to go straight away is not advisable. We recommend a run through the port and collect all the necessary supplies that can help survive in difficult sailing. Such supplies are Food, Cores, and Boards. You can find them in barrels or just lying on the ground.

You can carry a limited amount of supplies in your own inventory. 5 units of “Food” and “Board” and 10 units of “Nuclei”. And all the rest of the good can be stored on the ship in the hold and put them in barrels. Thus, you can increase the number of supplies and, if necessary, use them.

There are several types of “Banana”, “Mango”, “Coconut”, “Pomegranate” and “Pineapple”. And each kind of “Food” makes up for a different amount of health. Banana can make up for 20% of your health. Coconut gives 30% health. Pomegranate 40% health. Mango 50% health. And the greatest amount of health can be replenished with the help of “Pineapple”, which gives 100% health. 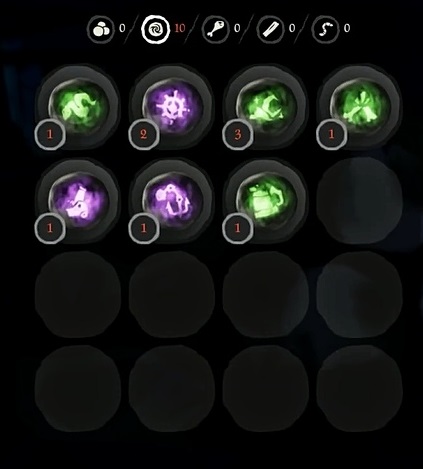 All in all, there are two types of them: “Normal kernels” and “Damned kernels”. Each type of nucleus causes different problems to the enemy ship. Which ultimately are able to sink the ship. If the enemy pirate does not have time to patch holes during.

Cursed Nuclei cannot damage an enemy ship, but imposes special curses. And for example, an enemy ship may drop anchor.

For example, accidentally ran into a reef and pierced the ship’s hull. In this case, those same “Boards” will be required. To patch the holes and stop the flooding of the hold, you need to go to the damaged place and choose a repair. After a few seconds, the water will stop. But the unnecessary water on the ship must be removed with “Buckets”.

It is necessary in order to catch fish. Caught fish can be traded with one of the “Trading Companies”.

About ships and management.

After choosing the game mode “Adventure”, the player is immediately given a choice of three types of ships. And you can choose one of the three “Galleon”, “Brigantine” or “Sloop”. And no matter what ship, the equipment itself falls on the shoulders of the player himself.

Each ship has its own units of strength and dignity in collisions with dangers. And other “Pirates”, rocks, “Kraken” and “Megaladon” can cause damage to the ship. 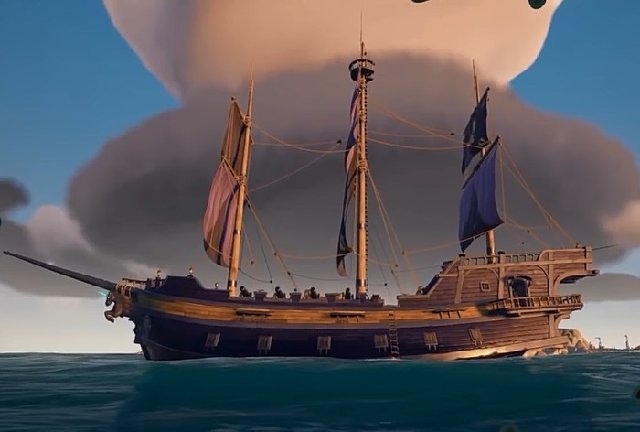 Suitable for players who want to be well equipped and large. This is the largest ship with a game that has good strength and weapons. But at the same time he is not very agile and difficult to manage. More suitable for playing in a team with several players.

The armament of the Galleon is located on the very top deck. In total there are 8 guns, 4 on each side.

To deploy such a large ship, you need to make as many as 2 turns of the “Helm”.

The Galleon has the weakest points on the lower deck. At the same time, in case of damage and holes, the same amount of water can be poured on the entire lower deck. But drowning may take longer. 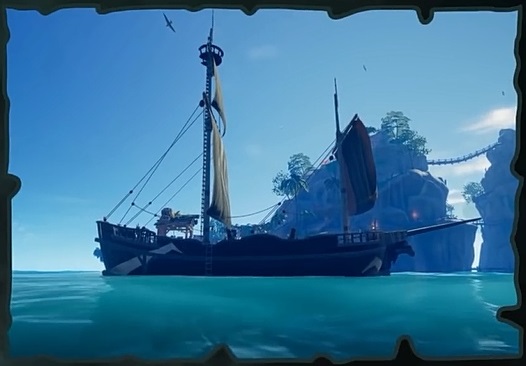 This is an average vessel with average performance. It can suit any pirate, both a novice and an experienced player. It will be comfortable to play with a team of 2 people. The armament consists of 4 guns, 2 guns on each side.

Of the weaknesses on the vessel, the front part can be distinguished. If it is damaged, water enters the ship faster in the front part, and not in the back of the ship. The rear of the ship may have a margin of safety, or maybe some kind of modifications in the game.

Since with damage or bites of the Megaladon, the damage passes to the upper part of the ship, which is located above the sea. Thus, it turns out that water almost does not flood the inside of the ship. 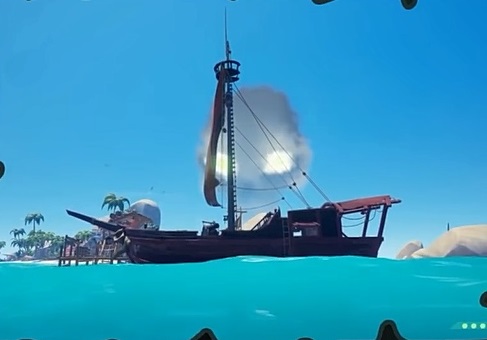 It is the smallest ship in the game. But it has good maneuverability and normal speed. It’s better for a beginner to start with him. Since management is not so difficult and affordable to manage alone. There are 2 guns on board, one on each side.

The weaknesses of the ship are the same as those of the Brigantine. The rear end has a large margin of safety, and the damage passes to the part of the ship, which is located above the sea.

To make a turn, just one complete turn of the “Steering Wheel” is enough. 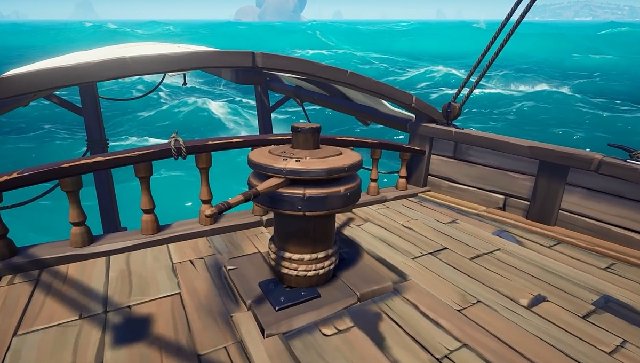 When interacting with the Anchor, there are several small points. If a stop was required, then it must be lowered to a complete immersion. Since the lowered anchor by half will facilitate the movement of the ship. In this case, if after stopping to raise the “Anchor” by half, the ship will remain in place.

In order to lower or raise the “Anchor” you need to go to the “Spire” and click on the interaction button. The Spire control tool also has strength points, which depend on the type of ship itself. The larger the ship, the more Strength points the Spire has. Only 3 points of strength.

It is used to control the ship. The larger the ship, the more revolutions you need to make to turn. In this case, you can turn around on the spot. It is not necessary to lower the sails and be in motion.

The “Steering Wheel” has 3 units of durability for falling into it from a cannon core. Moreover, he himself does not completely break down and allows you to control the ship with a lower turning speed. 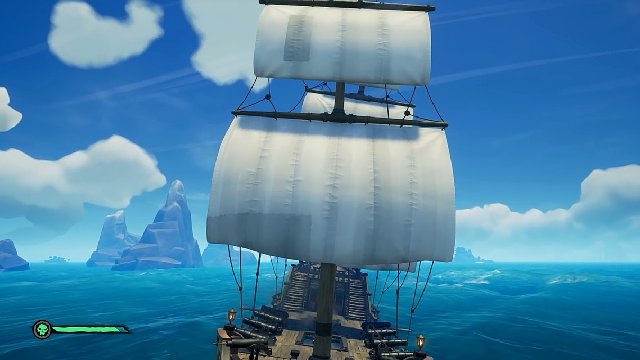 They allow you to set the ship in motion and use the wind to gain acceleration. And for this you need to take into account the direction of the wind and the angle of rotation of the mast. The more correctly configured “Sails” under the wind, the greater the speed you can get. And each class of the ship can have its own maximum speed.

Sails are placed on the “Dream” and if 3 shells of the guns firing them fall into it, then it will break and fall sideways onto the ship. And it will take time to restore it in order to lift it and repair it with the “Board”. Raise a damaged “mast” using the rope, which is responsible for adjusting the “Sails”. It will take about 20 seconds to lift and about 3 seconds to repair the “Board”.

Needed to capture objects. In an extreme case, to turn the ship, if during movement you catch on a nearby rock.

And if you have problems parking at the marina, Harpoon can also come to the rescue. And for this you need to cling to the nearest pier bridge. Then the ship will gradually approach the indicated place.

Can be used to capture another ship, which is planned to be boarded. In this case, the enemy ship will simply reduce the speed of movement. And in order to cut off the enemy harpoon you just need to shoot out hand weapons.