The developers of the game Sea of ​​Thieves from the studio Rare Ltd released a new update dedicated to the “Ash Lords” in July. In the game, they are followers of the “Fiery Heart”, the very one who not so long ago caused problems in the sea. Summoning an armada of ghost ships. Our pirates had to not only confront the vast seas and fight the evil that came from the “Fiery Heart”.

About the new warriors of the Ash Lords.

The Ash Lords possess great and powerful power, which was granted to them by the Fiery Heart. Warriors are skeletons that burn with lava fire and have the ability to command the elements of fire. Against pirates, they are able to bring down stones blazing with fire and inflict fire damage. At the same time, one of the most dangerous can be a fiery explosion, which the “Ash Lords” can cause. 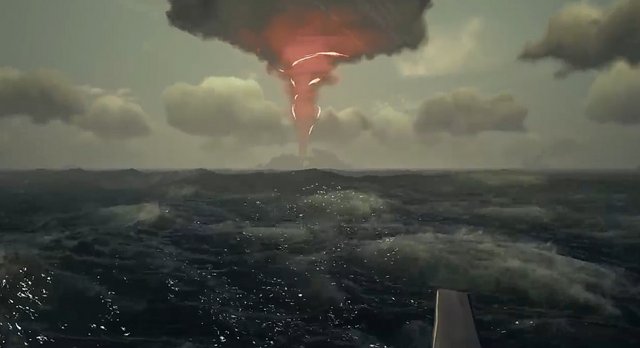 One of the valuable rewards that remain after the death of the Ash Lords is the Ash Skull. Unlike other skulls from skeletons, the “Ash Skull” can be used as a weapon and sprayed enemies with fire from the skull. To do this, the pirate simply places the skull in the general slots where the equipment is located. When there is a need to use the “Ash Skull”, you can select it from the quick access slots.

About the “Ash Skull”.

Once the Cinder Skull is in the hands of a pirate, it can be used as a melee weapon. The shooting process is the same as with conventional small arms. Only the affected area is larger and you can set fire to the enemy ship. By the way, if you use a weapon on your ship, then your ship can also catch fire from fire.

The supply of fiery energy in Cinder Skull is limited and may run out. You can determine the charge by the brightness of the skull, the brighter the more energy in the skull. When the energy ends, the skull ceases to shine. “Ash Skull” without energy can also be sold to the Order of Souls.

“Ash Skull” can be sold to Madame Olivia’s Order of Souls and get a worthy reward. To make a sale, you need to bring the skull to the tent of the “Order of Souls” and sell it like other skulls from skeletons. Only the reward will be much more generous. For one skull, you can get 7,500 gold.

About the award for the “Ash Lord”.

After defeating the Ash Lord, the Flaming Chest and Flaming Skull remain at the site of the defeat. Skull of Fire can be used as above or sold to Madame Olivia.

Advice in battles with the “Ash Lords”.

To make it easier to defeat the “Ash Lords”, it is advisable to take partners with you. Or form alliances with players who have come to fight on the island. And stock up on food to restore health points.

When you sailed to the island, where a fiery whirlwind is raging, the ship needs to be anchored a little further from the island. Since the “Ash Lords” shoot fiery shells at the ship like from cannons. While busy with the battle with skeletons, someone spends health points from the ship.

When in contact with the “Ash Lord”, simply pouring water from a bucket will not be enough. If possible, shoot with a sniper rifle at medium range. In melee, deal damage with the Blunderbuss and Saber weapons. A more effective weapon would be the Blunderbuss.

In its strength, it significantly exceeds the capabilities of the “Briggs”. And next to him are skeletons that are somewhat similar to the captains of the skeletons of the fire class. 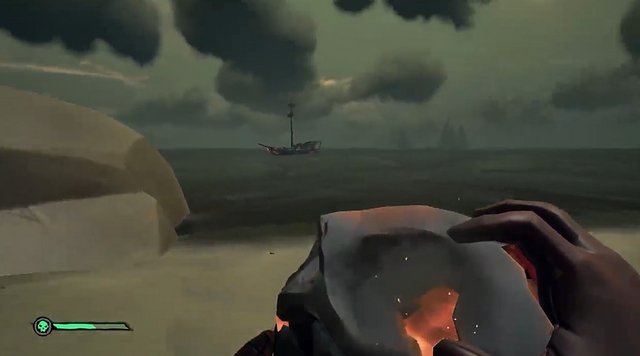 When the “Ash Lord” dies, then his last ability is triggered, he explodes. At the same time, the pirates who are close to the force of the blast wave simply fly away in different directions. Therefore, at the very last moment you need to run away as far as possible as quickly as possible.