SKYHILL Black Mist is a mysterious fog game that has captured an entire skyscraper with its infrastructure. Players are given the opportunity to pass it in the genre of action. Mandragora is working on the development of the game, which plans to release the game in release in 2020.

The main opponents of the character are mysterious creatures in the form of black fog, which settled in the people living in the building of a skyscraper. 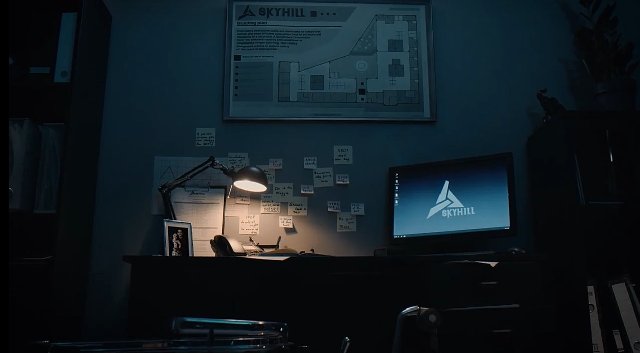 You can go through locations in different ways, but for this you need the appropriate equipment. For example, if you find an ax, you can open the passage that was blocked by a wooden partition. You can go through the ventilation, but this will require other tools.

A direct collision with the enemy is not very beneficial, since there are few appropriate weapons. And in most cases, you have to move secretly and try not to get into the enemy’s field of view. In order to see where the enemy creature is looking, the character needs to crouch. After that, a cone will appear in front of the enemy in the form of its review and visibility range.

For safe passage you need to use tactical tricks and use traps and decoys. One of these lures can be used a bottle, if you throw it in any direction, then the enemy will run to the sound of a dropped bottle and will look for it. And the character at this time can run not noticeably. 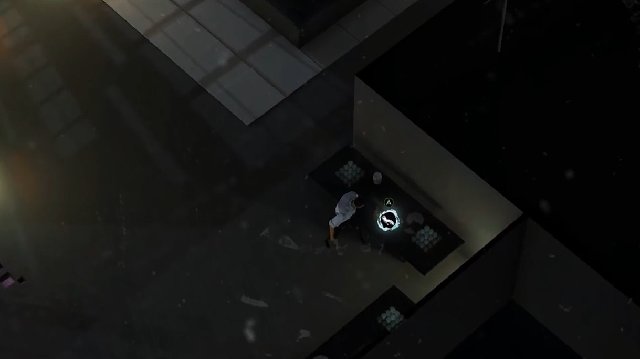 With small creatures, the character can still cope, but no bosses. And they are located in random places. If you once met with a boss, for example in a room, then you boot for a new one and come to this room, he will no longer be there. This decision was made to increase the stress of the gameplay.

Bosses can be said to be immortal and you need to hide from them in safe places. And in order to quickly find such a place, you need to put tags and mark the details of the environment.

In the story, our hero is an employee of Skyhill Corporation, who was given housing in a large skyscraper. He hardly managed to move to live in this skyscraper, as his family was abducted. And the building itself was captured by creatures filled with dark energy. Our hero is faced with the task of learning about this mysterious fog and saving his family while remaining alive.

By happy coincidence, our hero did not turn into a creature from this infection. But he is gradually dying, and in order to support his life, he is looking for medicines and is being treated. And for protection, he finds equipment that he creates in tools and weapons. 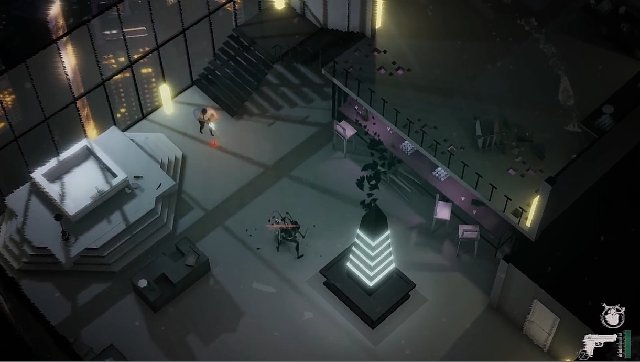 Players will have to learn almost the entire story through notes. Which can be found and read as you progress. The developers introduced this method of providing the plot, realizing that most of the players do not pay much attention to such trifles. And it is believed that such a method immerses less in the game process and less reveals plot details.