The design and appearance of the T 50 strongly resembled the “126th,” but it also had significant differences. It was created taking into account the experience of the combat use of tanks in the Finnish war and the test results of the German Pz.3 tank in the USSR. Which were held in the summer of 1940. Sheets of the hull of the Soviet T 50 light tank were connected by welding and located at large angles of inclination. The maximum thickness of the front and side armor of the hull and turret was reduced from 45 to 37 mm. The aft sheet of the hull became 25 mm, and the thickness of the roof and bottom increased to 15 mm. In the upper frontal sheet with a slight shift to the left was the driver’s hatch with a viewing device. Two more monitoring devices were installed in the frontal cheekbones of the hull. 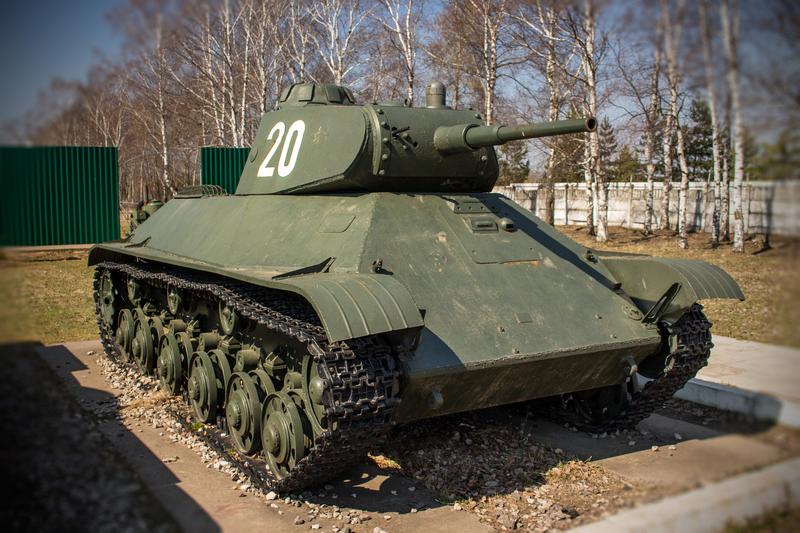 The tower is welded, streamlined in shape resembling the tower of the T 34 tank, but differed from it by the placement of three crew members. In the back of the roof of the tower was installed commander’s cupola and eight viewing slots which were closed by armored dampers. The commander’s turret, or rather the idea of ​​location was taken from the German tank Pz. 3. The turret had a small hatch for signaling. Two rectangular sunroofs were intended for landing crew members in the tower. The door in the rear sheet was used to dismantle the gun. On the sides of the tower there were gunner and loader surveillance devices, which were closed by round armored covers. 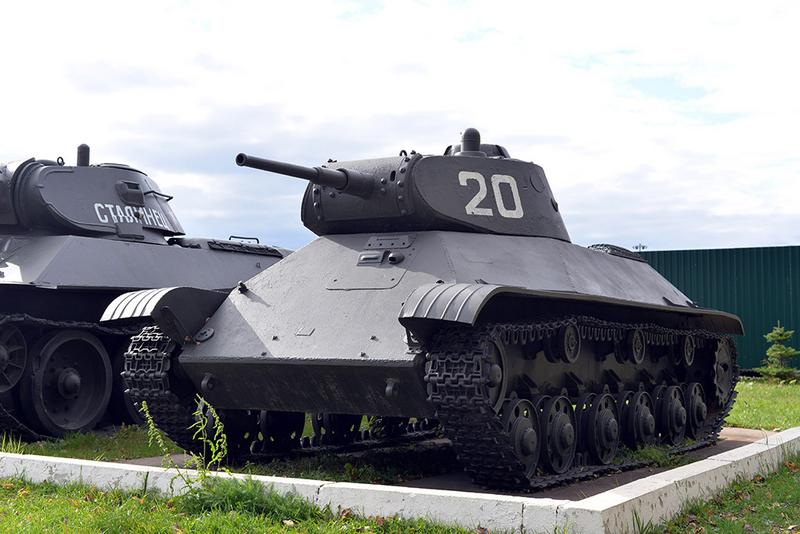 Not quite typical for Soviet tanks was the composition of the armament. With a 45 mm cannon and coaxial two 7.62 mm machine gun DT. Like the German tank Pz. 3. The KRSTB radio station was located in the tank tower near the commander’s place.

By reducing the thickness of the armor plates, the tank mass was reduced to 13.8 tons, and also thanks to the introduction of the principle of differential booking.
And after installing the B 4 engine with a capacity of 300 horsepower, it was possible to achieve a significant increase in speed. The tank began to gain speed up to 52 kilometers per hour. Two fuel tanks with a total capacity of 350 liters provided a cruising range of up to 344 km on the highway. Track rollers with internal cushioning and individual torsion bar suspension were used in the chassis. 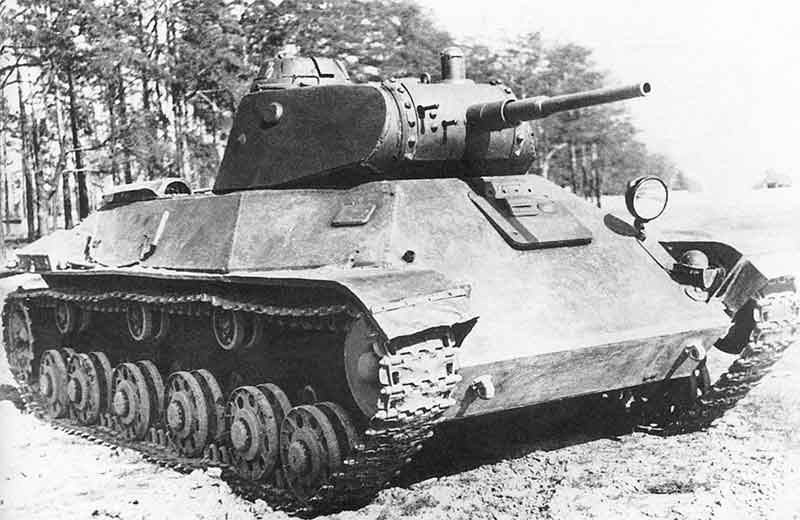 Serial production of the T 50 light tank was to be carried out at factory No. 174. At the same time, on January 1, 1941, the production of T 26 on it was discontinued. However, the restructuring of production for the technologically more complex T 50 was very slow. Serious difficulties also arose with the development of the production of diesel engine V 75 at the Kharkov factory No. 75. But the T 50 was supposed to be replaced by the T 26, and according to the original plan for the rearmament of the Red Army’s armored forces, it was supposed to be the most massive. In 1940-1941, this plan was adjusted as a result of the decision to form mechanized corps. But even for them it was necessary in no way less than 14 thousand T 50. 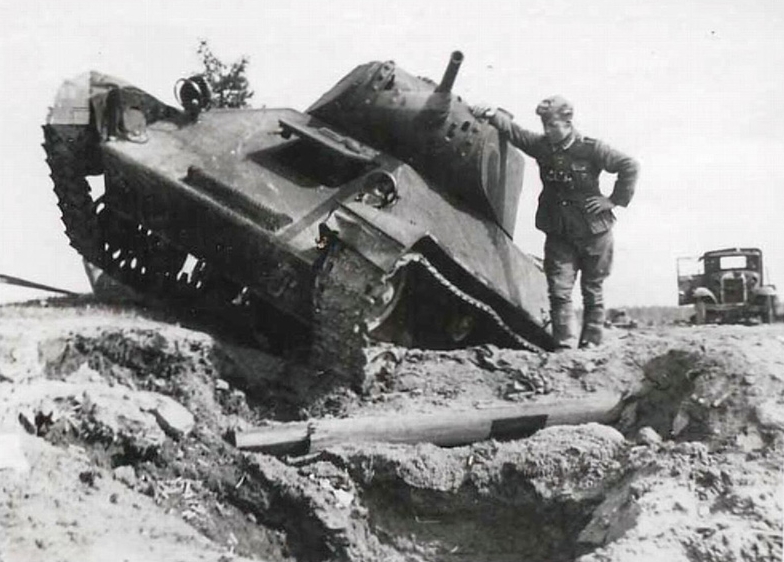 There is very little information about the fate of the T 50 tanks. Nevertheless, it is known that in August 1941 there were 10 tanks of this type in the 1st Panzer Division, stationed in the Leningrad Military District and taking part in battles in the Kingisepp area. In the fall of 1941, several T 50s were part of the 7th Army, defending themselves in the Petrozavodsk direction. During these battles, one such machine was captured by the Finns and operated until the end of 1954.

There is no reliable information about how light T-50 tanks proved to be in combat. However, there is no doubt that the Soviet T 50 light tank turned out to be the most constructively developed and balanced of those adopted for service on the eve of World War II. And we can call it optimal in terms of the combination of combat and operational qualities.

In terms of armament, armor and mobility, it was superior or not inferior to the German medium tank Pz.3. By the same volume was much smaller than it in size and combat weight. The design of the tower can be noted and disadvantages. Even though the 45 mm gun was placed in the turret, the three tankers were cramped in it. Therefore, the commander’s cupola had to be shifted to the starboard side. And the commander had to sit half-turn to the axis of the tank. Perhaps it made sense to limit ourselves to a two-seater tower with a large number of observation devices, as in the “object 126”. For a light tank, this was acceptable. All foreign analogues, the main light tanks of the Second World War – Stuart, Valentine and even Chaffee created in 1944 – had double towers.